Safety training in O&G sector on the rise, OPITO reveals 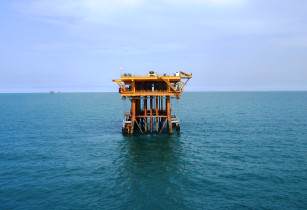 The global oil and gas industry is sending out strong message about its commitment to maintain the safety of its workforce in the downturn, with international training standards body OPITO delivering record number of approvals

More than double the number originally projected, the industry organisation is forecasting 108 new additions to the courses delivered by their network of approved training providers by the end of the year.

OPITO standards are used by major international and national oil and gas companies in over 45 countries. Since the start of the downturn, OPITO has seen an increase in centres applying to deliver basic safety training to the workforce as well as specialist training such as fire-fighting and lifting operations; and dedicated training for offshore installation managers.

From October 2015 to March 2016 alone OPITO also approved 14 new survival training centres in six countries, with particular interest in the USA and West Africa, some of which is new territory for the organisation.

OPITO global cheif executive said, “The hazards and risks surrounding our industry remain the same regardless of the oil price. Looking back to the number of incidents and accidents recorded around the previous lows of 1986 and 1999, the figures show a clear correlation between poor safety performance and a global downturn.

“Throughout the current downturn we have consistently urged companies to implement robust strategies that look at the long term needs of the workforce and avoid seeking to gain a measure of fiscal balance by cutting their investment in safety and skills development.”

“While the numbers going through training have fallen in line with the jobs that have been lost in the global workforce what we are not seeing, by quite some way, is any reduction in the industry’s commitment to invest in the safety of its workforce. Instead what we are seeing is more demand than ever for people to be trained to globally recognised standards.”

The industry body sets training standards to ensure the safety of those working in oil and gas. Delivered by approved training providers across the globe, personnel receive quality assured training so they are competent to do carry out their roles safely. “This is, at a fundamental level, what has changed between this and previous downturns. The industry now has a standards-based approach to training and competency which simply didn’t exist before,” added Doig.

“For many months we have seen the industry adjusting to the low oil price environment and there will likely continue to be bad news for many in the months ahead with regards to workforce cuts. But what we aren’t seeing is a race to the bottom with standards going out the window in favour of cost-based training. Instead, the message we are hearing is that these standards are critical and the industry wants them.”