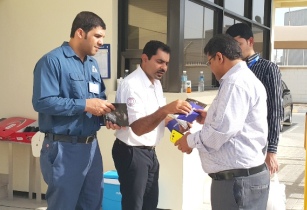 The Bahrain-based firm – one of the largest downstream aluminium facilities in the region – this week announced the start of the initiative, which will see staff attend a week of continuous sessions, including talks by external speakers such as doctors and lecturers.

The week will include sessions on workers’ responsibilities, health and safety legislation, heat exhaustion, forklift operation and health precautions for Ramadan, as well as more general issues such as the importance of vitamin D, the health risks of smoking and general traffic regulations.

“We are delighted to announce the launch of the upcoming safety awareness campaign,” commented Hind Al-Sabbagh, GARMCO’s head of corporate communications. “The main idea is to make the campaign more memorable and a little humorous while emphasizing the seriousness of the messages.”

GARMCO said it complies with all relevant standards set by various bodies, including the Royal Society for the Prevention of Accidents (RoSPA), the American Standards Association, the Bahrain Safety Society and the Gulf Aluminium Council, having received a ‘Safest Companies in the GGC’ Award from the latter in 2013.