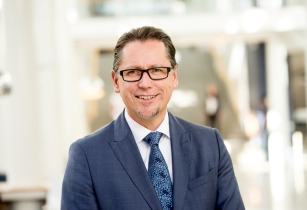 The two companies will join forces with the aim to build the world’s largest industrial cyber security practice, defending critical infrastructure in energy and other industrial sectors against emergent cyber threats.

Threats to industrial cyber security are becoming more common as well as complex. Recovery from an attack can cost organisations a hefty amount and companies in the sector face new pressures to comply with tighter regulation.

The energy industry is under increasing pressure to bolster their cyber security following a series of high-profile attacks causing disruption to energy supply in recent years. These include an attack on the Colonial Pipeline company in April 2021, which led to a temporary shutdown of the largest fuel pipeline in the US and caused temporary shortages of gasoline and other petroleum products. An attack on a series of Ukraine’s power grid substations left a quarter of a million people without power in 2015 and set a precedent for the vulnerabilities facing the world’s grids.

“Energy assets, equipment and components are now at higher risk of new forms of cyber-attacks, as their control systems become increasingly connected. Life, property and the environment are at stake. DNV is investing significantly in helping our customers build a powerful force of defence. By joining forces with Applied Risk, we aim to build an industrial cyber security powerhouse to support governments, regulators, operators and their supply chains in managing these emerging risks,” said Remi Eriksen, group president and CEO, DNV.

Applied Risk and DNV will operate together under the DNV brand. A combined leadership team from both companies will be tasked with scaling a merged cyber security business with ambitions for significant growth by the end of 2025.