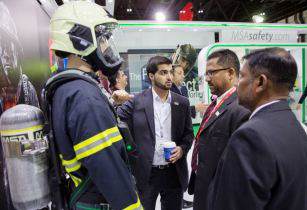 Saudi Arabia and the UAE are spearheading a GCC-wide surge in demand for fire detection and suppression equipment, as economic growth and increased construction activities put the region’s fire safety market on a double-digit growth path

Analyst Frost & Sullivan estimates a 15 per cent annual growth rate will see the Gulf region’s fire safety market valued at US$3.15bn by 2020, predominantly driven by industrial and commercial investments while segments such as retail, institutional buildings, and public infrastructure are also contributing to new demand.

Fuelled by a residential construction boom, Saudi Arabia currently holds a 46 per cent share or US$644mn of the US$1.4bn Gulf’s fire safety market, while the UAE, with a 34 per cent share or US$476mn, is also ramping up demand with the help of developments planned for the Dubai Expo 2020.

Increasing penetration of environment friendly fire suppression agents and advanced fire detection technologies are playing a critical role in shaping the market, all of which will be on display by more than 350 international fire and rescue companies at Intersec 2016, the world’s largest security, safety, and fire protection trade show.

Fire & Rescue constitutes the second-largest section at the 18th edition of Intersec, which takes place from 17-19 January 2016 at the Dubai International Convention and Exhibition Centre.

Ahmed Pauwels, CEO of Messe Frankfurt Middle East, said, “Continued investments in the industrial and commercial sectors are among the prime growth drivers of the GCC’s fire safety market, combined with the increasing stress by regional governments on the compliance with fire safety regulations in all new constructions.

“Fire and Rescue companies are responding to a growing end-user market that is increasingly willing to adopt the latest advanced fire safety measures, and many of these will be seen for the first time at Intersec 2016.”