Dubai to deploy firefighting robots in malls and airports 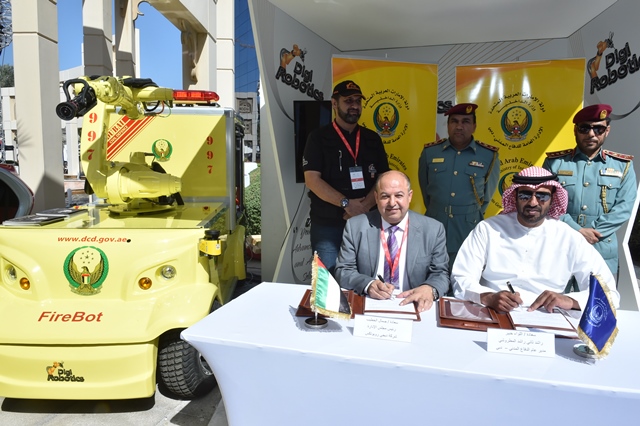 The robots will monitor the buildings for fires and upon detection, they will automatically move towards the source and carry out initial fire extinguishing measures until the firefighters arrive. The robots will be connected to the fire systems in buildings.

The remotely controlled robot will be equipped with advanced technology like heat sensors that enable them to monitor fire in surrounding areas and extinguish them. The Directorate has also stated that the robots can douse fires automatically moving at speed reaching up to 20 km/h. They would be equppied with tanks for water, foam and powder. HD cameras will be installed in all of them covering angles to avoid collisions.

According to the directorate, these are the world’s first-of-a-kind robot and ensure 100 per cent safety.

Human resources department director at General Directorate of Dubai Civil Defense Lt Col Saif Ali Al Hamour said that the robots will be displayed in the emirate’s largest mall within the next three months.