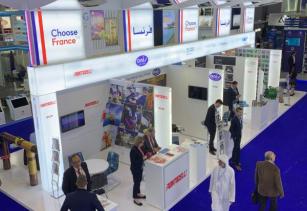 Business France, the national agency supporting the international development of the French economy, will be organising the French pavilion at Intersec 2020, the largest international trade fair for safety, security and fire fighting that gives privileged access to MENA markets

The French industry has gained an international reputation in different fields such as fire prevention and fire fighting, personal protective equipment (PPE), infrastructure protection and safety, those sectors will be represented by companies offering solutions at the cutting edge of innovation.

Frederic Szabo, managing director, Business France Middle East, stated, “The Middle East region represents a particularly attractive market for the safety and security sector, is expected to grow by about 10 per cent per year by 2022. Increasing the capabilities of infrastructures, securing power plants and oil complexes, protecting sites and people for major events to come in the region, are all excellent reasons for French experts to extend their presence in the region and attend INTERSEC trade show.”

The exhibiting companies on the French pavilion are part of a movement called “the French Fab”: initiated in 2017 by the Alliance Industrie du Futur, Bpifrance, Business France, the Direction Générale des Entreprises (DGE) and the French regions, French Fab is the new face of the industry in France.

French Fab players, committed to an ecological approach, are working to revive the industrial fabric, revitalize the territories, make industrial professions attractive, and promote French industrial excellence, in France and throughout the world.