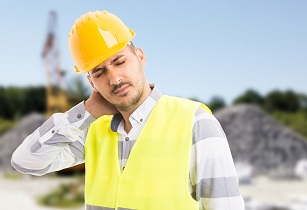 Headway, the UK-based brain injury association, and leading safety manufacturer Centurion are highlighting the importance of recognising and reporting signs of concussion to hard hat wearers during Hard Hat Awareness Week from 14-20 June

On modern day construction sites, there is widespread awareness of the need to wear a hard hat, but in a survey carried out by Headway last year, 52% of workers surveyed said they had experienced a head injury which they did not report to their manager. Of those workers who had sustained a head injury, only 6% sought medical attention.

There is growing evidence of the short and long-term damage that can be inflicted by even a single knock to the head.

Peter McCabe, chief executive of Headway, said, “Concussion is often referred to as mild head injury and while most mild head injuries result in no long-term damage to the brain, it can cause temporary disruption to brain function that can last for a matter of hours to days, weeks or even months.

“People may experience dizziness, nausea or even distorted vision so for those working on a building site, potentially operating heavy machinery or working at height, this could lead to some very dangerous situations for themselves or colleagues.

“We want to remind people about the importance of wearing hard hats and taking any impact to the head seriously. Even a minor brain injury can have a major impact so take time to stop work, report the incident and recover fully before returning to work.”

“The impact of a brain injury can be life-changing for both the injured person but also their wider family and friends. Wearing a hard hat, maintaining, and storing it appropriately, and being more concussion aware, are all very vital to keep hard hat wearers safe.”

The Headway Survey also found that 15% of 486 respondents stored their hard hat in an unsuitable way, such as in direct sunlight or extreme temperatures, whilst over half (58%) painted, marked or applied decals or labels to their helmet which could cause a chemical attack and reduce its durability.

Almost a quarter (24%) were unaware that exceeding the expiry date of a hard hat can reduce the level of protectivity, and 28% did not know where to find their helmet’s expiry date or were unaware it even had one.

Head protection accounts for only 3% of PPE purchases, but accounts for more than 20% of injuries, according to Headway.

Further information can be found at